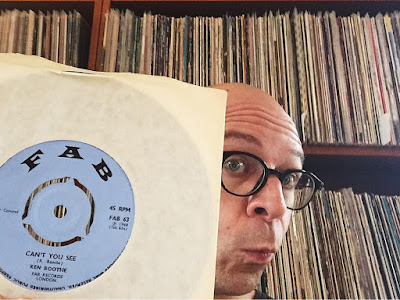 It is hard to explain the rush of finding a track you have been on the lookout for to someone who does not collect records themselves, and I usually have quite a few items on my wishlist that I am searching the internet or recordfairs for. But - however pleasing it is when you find and get that elusive record you have been longing for so long on eBay or at a dealer finding one you did not expect to find, or maybe even did not know that you were looking for, is even better.

That's why I love cratedigging. The feeling of entering a thriftstore, yardsale or whatever it may be and seeing one or several boxes of LPs and 45s, not having any idea whatsoever of what you are going to find before you start flipping through them.
Make no mistake though - cratedigging takes effort and a certain amount of dedication. The trick is to go hunting on a regular basis (or actually more like go whenever and as often as you can), go to as many and different spots as possible, whether they usually have records or not, and to have patience. Of course living in a mediumsized town that is big enough for these kind of records to have found their way here, yet still small enough to not have too many others than yourself looking for them also helps.
Most of the times you come home with nothing or with something you took a chance on and that turns out not to be very good. But then on the odd ocassion you find something that makes all the other times you've gone digging and came home empty handed worth it.

Such as this one: a 45 that I came across this last saturday at a small local thrift shop that I frequent almost every weekend. Ken Boothe's Can't You See, issued in 1968 on the british FAB-label. A great rocksteady track so rare that I had never even thought of thinking of wanting it. I believe I've seen it for sale twice on the internet during the last two years. None the less, there it was - lying in a pile of 80s pop and dance 45s and in a condition so great that it can hardly ever have been played. Incredible to say the least.

I've made a few other hard to believe finds throughout my years of digging through crate upon crate of crap, but this one definitely ranks in the top together with the promotional version of Sue Lynne's northern banger Don't Pity Me and Ruby Andrews legendary funk/soul LP Black Ruby (more on those in future posts). It's time like these that makes it worth having an aching back, sore knees and not getting enough sleep during days off because you "need" to get up early for digging.


Song of the day:
Ken Boothe - Can't You See
No comments: 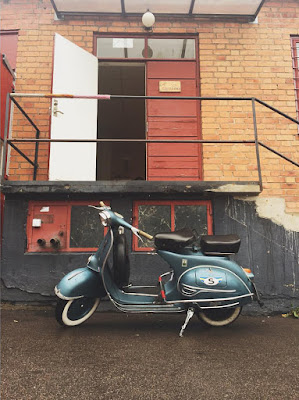 ...for now anyway. And that goes for this blog as well as my precious -60 Vespa Touring - my very first scoot, and as such the one that in more ways then one started it all. When I bought it I had no previous experience with scooters...or any motorized vehicle at all to be honest, not even a moped as a teenager. And it was not running. So, since every mechanic I approached just looked at me, laughed and basically said "there's no way I'm touching that thing" I had no choice but to buy a manual and get my (back then callus-free) hands dirty. Little did I know that was the start of my days as a garagerat who not only loves riding but also fixing and tuning engines, especially those that are part of italian bikes with small wheels.

Since then quite a few scooters has been bough as well as sold, and I've come to ride Lambrettas far more than Vespas. But the Vespa Touring has been with me since day one and has stood tall throughout a lot of adventures despite it still holding it's original, and rather tired, 150 cc engine (which will likely change in the future since I just happen to have a P200-engine that is under renovation lying in the garage, and that just happens to fit perfectly in a Vespa Touring-frame). We share a lot of memories, good as well as bad, but not once has it let me down. Well, apart from the odd broken clutch- or gaswire, the brakepads locking up and nearly frying the backhub as well as the tyre and few other smaller mishaps. And I'm sure that quite a few adventures still awaits us in the future.

For those who wonder, Vespa Touring is a model that was specifically targeted at the scandinavian market. It is basically, but not completely, similar to the Vespa GL apart from a few minor cosmetical differences. I will probably do a more in depth post on the Touring in general sometime in the near future.

Anyway - for a while now my beloved Vespa Touring has been stood in the garage with a broken gaswire and some mysterious engine troubles that appeared to be carburettor or airrelated. However, I finally pulled myself together a short while ago and decided to give it some TLC, only to discover that it took me about a mere hour to get it running properly again.

So, for now the Touring is back on the road. Though, to be honest I don't know for how long since I have sadly neglected it for quite some time and there might very well be some new problems waiting to surface. Which in a way is very similar to my situation with this blog. It has also been neglected for far too long, but I have now decided to spend some time on it again. I hope they will both be running well for some time now.

Song of the day:
Etta James - Tell Mama
No comments:

And speaking of scooters...


...there's this one. Sure, it's pretty old by now. And I might even have posted it before.

Never the less, it's good fun. And I'm pretty sure any of us who are into scooters, Lambrettas in particular, will recognize the situation. Especially those of us who live with someone.

Now, I´m off to clean the Lambretta-engine that is currently soaking in the bathtub upstairs. Cheers for now!

Song of the day:
The Animal Jack Band - I Can't Strip My Lambretta Down In The Kitchen Ska Blues
No comments:


The snow is slowly melting away, the leaves are breaking and my eyes have started to itch slightly.
All telltale signs that spring is coming and that the scooterseason is beginning shortly!

Let's get them scooters tuned up, polished and prepare for the summer of 2015!

Song of the day:
Bettye LaVette - I Just Dropped In (To See What Condition My Condition Was In)
No comments: 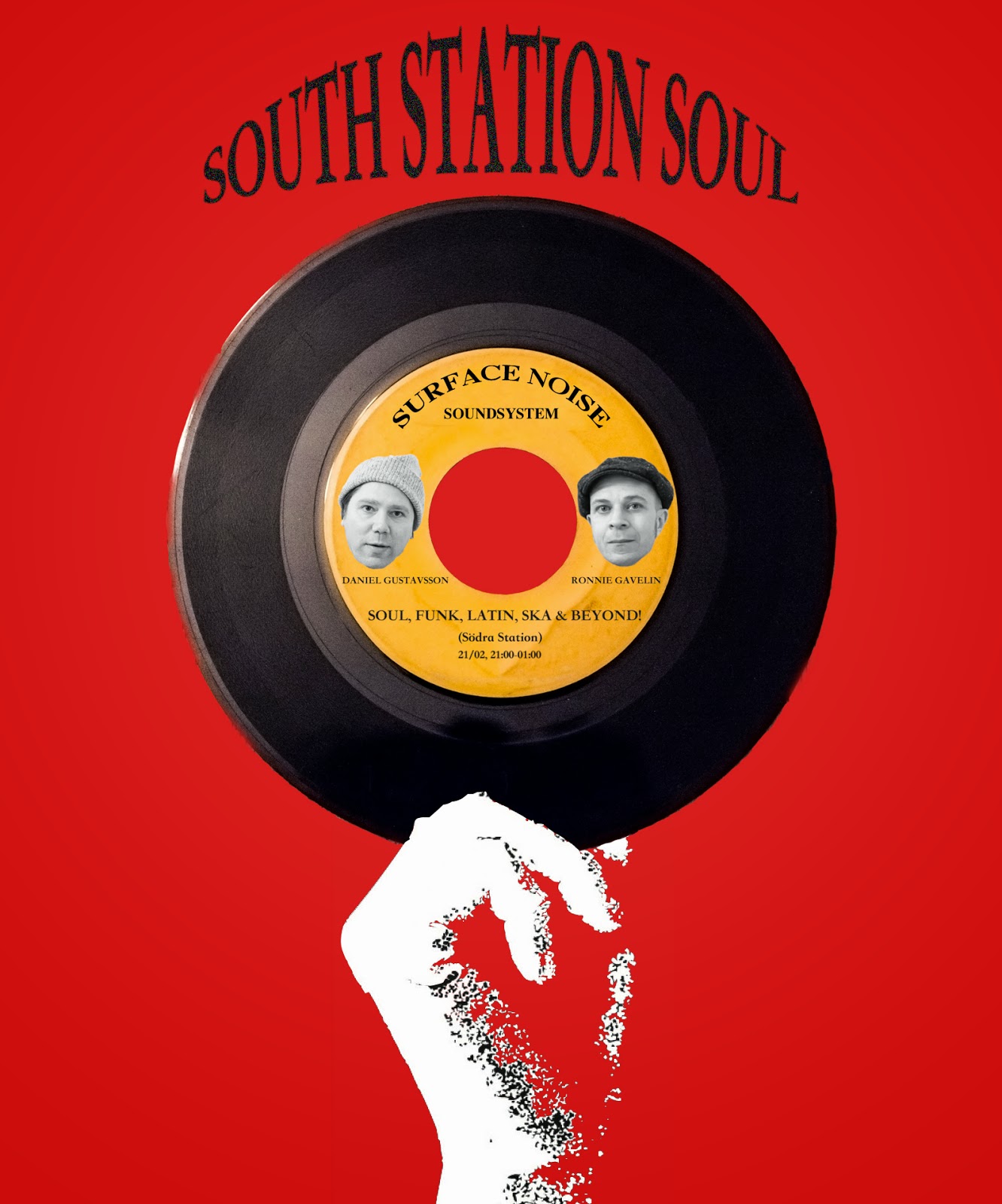 I suppose it has been impossible for anyone reading this to avoid understanding that me and my companion Daniel have been DJ:ing quite regularly lately. Since we now seem to have a few things more going, apart from over regular spot (called South Station Soul) at Södra Station here in our hometown we decided it was about time we got ourselves a proper name. After some heavy thinking and brainstorming we decided to go with Surface Noise Soundsystem. Surface noise, in case you are not into vinylrecords and are wondering, is a term for the sound that appears once the needle has been dropped, but before the music starts playing. We figured it suited us fine.

So, now we have a name and also a Facebook-page (found here) you are all more than welcome to follow if you like. If you prefer to see us do our thing for real the next chance will be this coming saturday at Södra Station, Eskilstuna, Sweden.

Song of the day:
The Originals - Suspicion
No comments: 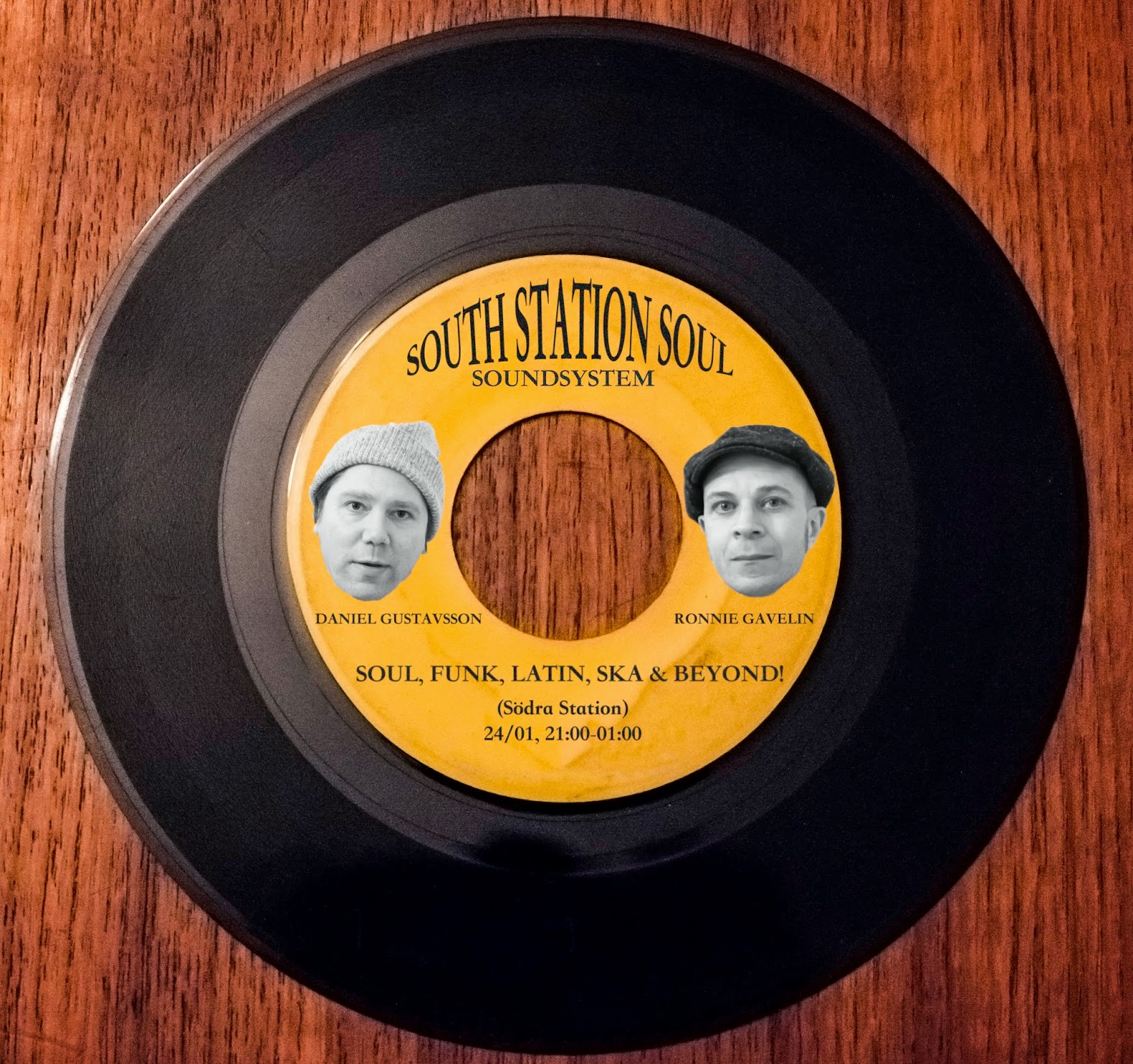 After a short hiatus due to parenting and all of the holidays it is time for me and my partner in crime Daniel to once again man the wheels of steel at Södra Station this coming saturday.
The usual is to be expected - a lot of soul, funk, latin grooves etc. Expect some extra ska this time too, since I got a small batch of original jamaican 45s sent to me from my good pals in Bangarang Hifi just the other day.

So, if you happen to be in the proximity of Eskilstuna this weekend you know where to go.

Put a dip in your hip and a glide in your stride! 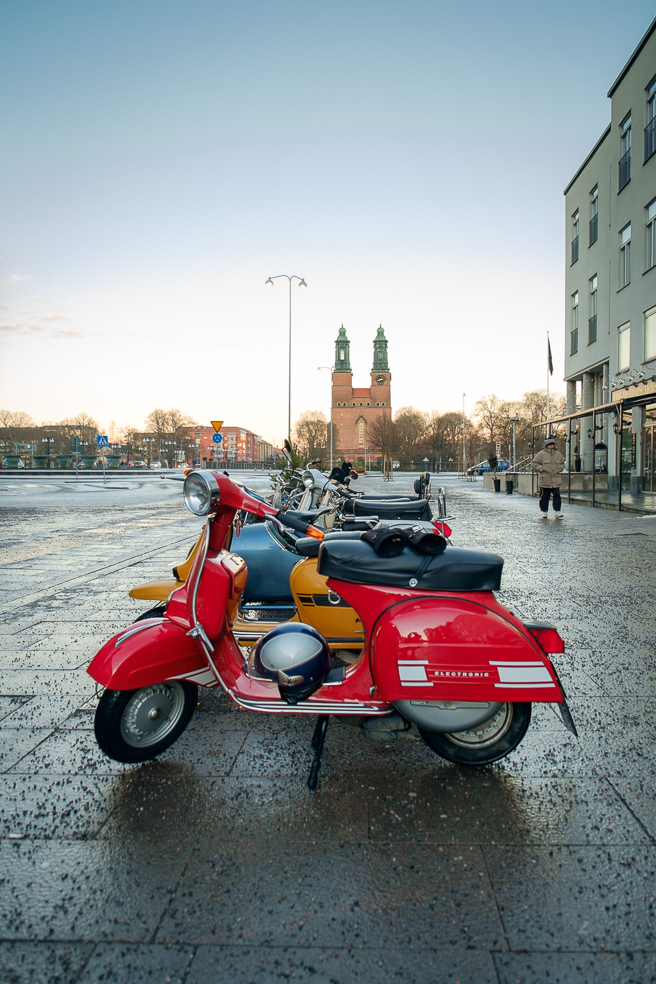 2014 will surely go down in my books as the year when everything happened - probably the most eventful year in my life...at least so far.

It´s not only the year I decided to get this blogging thing going again (and still not doing it as often as planned). It's the year we got married. The year we travelled abroad twice (three times counting Åland). It's the year I lost my closest fourlegged friend, but then gained a new one. The year we rebuilt and renovated a lot of the house we live in. It's the year we went on a camping holiday. The year I finally got my Lambretta DL (more on that in a later post). The year I started DJing on a somewhat more regular basis again, arranged clubnights and some scooterruns.
And probably quite a few more things I forgot about when writing this.

It might seem a bit surprising coming from me, but as fun as 2014 has been I am actually looking forward to 2015 being not quite as eventful. 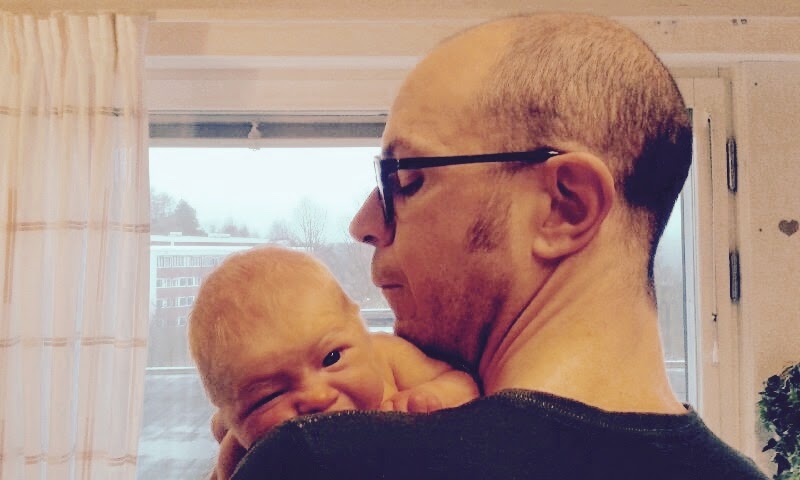 This is a private blog.
All photos are under copyright and taken by me, unless otherwise specified. Do not use or redistribute them without contacting me for permission first. I usually grant permission for noncommercial use.